We are looking for Merchandiser for Golden Hawk Retail Pvt. Ltd. (A Master Franchise of Puma) in Gujarat. Mail your applications to reeku@netsyscon.net  or call 07738726142.

And That’s what the storm is all about!!!

Sometimes fate is like a small sandstorm that keeps changing directions. You change direction but the sandstorm chases you. You turn again, but the storm adjusts. Over and over you play this out, like some ominous dance with death just before dawn. Why? Because this storm isn’t something that blew in from far away, something that has nothing to do with you. This storm is you. Something inside of you. So all you can do is give in to it, step right inside the storm, closing your eyes and plugging up your ears so the sand doesn’t get in, and walk through it, step by step. There’s no sun there, no moon, no direction, no sense of time. Just fine white sand swirling up into the sky like pulverized bones. That’s the kind of sandstorm you need to imagine.

An you really will have to make it through that violent, metaphysical, symbolic storm. No matter how metaphysical or symbolic it might be, make no mistake about it: it will cut through flesh like a thousand razor blades. People will bleed there, and you will bleed too. Hot, red blood. You’ll catch that blood in your hands, your own blood and the blood of others.

And once the storm is over you won’t remember how you made it through, how you managed to survive. You won’t even be sure, in fact, whether the storm is really over. But one thing is certain. When you come out of the storm you won’t be the same person who walked in. That’s what this storm’s all about.

― Haruki Murakami, Kafka on the Shore

Tags: going through a storm, Kafka on the Shore, tempest, When you come out of the storm you won't be the same person who walked in. That's what this storm's all about.” ― Haruki Murakami

We are looking for HR Head with a Premium Home Furnishing Brand in Mumbai.  Mail your applications to reeku@netsyscon.net  or call 07738726142.

We are looking for an Executive Assistant to Director with a leading Multinational Retail Brand  for their Head office in Bangalore. Mail your application to reeku@netsyscon.net  or call on 07738726142.

An interesting read…. who needs help?

I was parked in front of the mall wiping off my car. I had just come from the car wash and was waiting for my husband to get out of work.Coming my way from across the parking lot was what society would consider a bum. From the looks of him, he had no car, no home, no clean clothes, and no money. There are times when you feel generous but there are other times that you just don’t want to be bothered. This was one of those “don’t want to be bothered times.” 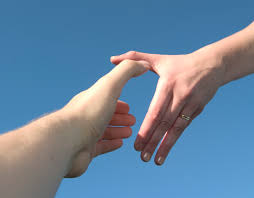 “I hope he doesn’t ask me for any money,” I thought. He didn’t. He came and sat on the curb in front of the bus stop but he didn’t look like he could have enough money to even ride the bus.

After a few minutes he spoke. “That’s a very pretty car,” he said.

I said, “thanks,” and continued wiping off my car. He sat there quietly as I worked. The expected plea for money never came.

As the silence between us widened something inside said, “ask him if he needs any help.” I was sure that he would say “yes” but I held true to the inner voice.

He answered in three simple but profound words that I shall never forget.

I expected nothing but an outstretched grimy hand. He spoke the three words that shook me.

I was feeling high and mighty, successful and important, above a bum in the street, until those three words hit me like a twelve gauge shotgun.

I needed help. Maybe not for bus fare or a place to sleep, but I
needed help. I reached in my wallet and gave him not only enough for bus fare, but enough to get a warm meal and shelter for the day.

We often look for wisdom in great men and women. We expect it from those of higher learning and accomplishments.

Even if it’s just a compliment, you can give that.

Maybe the man was just a homeless stranger wandering the streets. Maybe he was more than that…… Appreciate And Validate

We are looking for a Regional Solutions Head for a Leading Broadcast Media Group. Our Client is a media entertainment conglomerate with play across radio, television, intellectual properties, television production and out-of-home. Mail your applications along with your photograph on onkar@netsyscon.net or call 9773412472  for details.

We are looking for  SAP Functional Consultant -QM & PM with a Premium Home Furnishing Brand in Mumbai.  Mail your applications to reeku@netsyscon.net  or call 07738726142.

We are looking for Manager-IT Application with a Premium Home Furnishing Brand in Mumbai.  Mail your applications to reeku@netsyscon.net  or call 07738726142.

We are looking for a SEO Executive for our client which is a Leading Digital Media Agency providing end-to-end services of  brand strategy, creative design, digital production (web and mobile applications), social marketing and media planning. Mail your applications to racheeta@netsyscon.net or call 09324460598.

We are looking for a Drupal Developer for our client which is a Leading Digital Media Agency providing end-to-end services of  brand strategy, creative design, digital production (web and mobile applications), social marketing and media planning. Mail your applications to racheeta@netsyscon.net or call 09324460598.