When Colonel Sanders, 65 years old, he received his first social security check of US $99. He was broke. His only asset was a secret chicken recipe. He left his home in Kentucky and traveled to the many states in the US to sell this recipe. He offered his secret chicken recipe to many restaurants for free. All he wanted in return was a small percentage of the sales. However, he was shown the door by many restaurants. 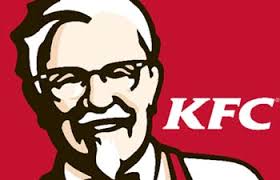 ” Get out of here. Who wants a recipe from a white Santa Claus?” the restaurant owners shouted, referring to the dress code Sanders adopted: a white shirt and white trousers.
Over 1,000 restaurants rejected his offer. How many of you would have quit after making one or two unsuccessful sales calls? On his 1,009th sales visit, one restaurant finally accepted his offer. Today, Kentucky Fried Chicken outlets and fatherly Colonel Sanders’ statures are found all over the world. He has changed the way the world ate chicken- finger-lickin’ good!

Posted in Must Read Articles