We are looking for a Human Resource Manager for the largest exhibition organizers in Asia. Our client are partners with The Economic Times and organize exhibitions across verticals like Architecture, Construction, Engineering, Lifestyle, Real Estate etc. Mail your applications along with your Photograph on racheeta@netsyscon.net or call on 9324460598 for details. 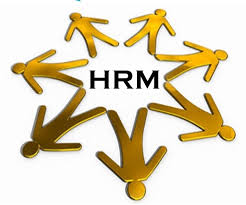 U can find some information on Six Sigma by clicking on the link above.

A small presentation prepared by me, help me with your views, ideas and feedback for this presentation.

One day a farmer’s donkey fell down into a well. The animal cried piteously for hours as the farmer tried to figure out what to do. Finally, he decided the animal was old, and the well needed to be covered up anyway; it just wasn’t worth it to retrieve the donkey.

He invited all his neighbours to come over and help him. They all grabbed a shovel and began to shovel dirt into the well. At first, the donkey realized what was happening and cried horribly. Then, to everyone’s amazement he quieted down.

A few shovel loads later, the farmer finally looked down the well. He was astonished at what he saw. With each shovel of dirt that hit his back, the donkey was doing something amazing. He would shake it off and take a step up.

As the farmer’s neighbours continued to shovel dirt on top of the
animal, he would shake it off and take a step up. Pretty soon,
everyone was amazed as the donkey stepped up over the edge of
the well and happily trotted off!

A must know for all professionals!

NetSysCon conducts training and conferences on regular basis. We offer training in-